The series of economic tit-for-tat actions that has come to be known as the trade war between the US and China has largely originated with US measures to which China has responded in kind. The US has imposed three rounds of tariffs on Chinese products this year, totaling USD 250 billion worth of goods.

The first two rounds placed 25% tariffs on USD 50 billion worth of imports from China, and Beijing retaliated in kind. Washington delivered a sharp escalation in the trade conflict in September 2018 with another set of tariffs, this time on Chinese goods worth USD 200 billion. Those taxes took effect from 24 September, starting at 10% and increasing to 25% from the start of next year unless the two countries agree a deal.

As of 2 December, a truce has been reached which means the two countries will not impose the increase to 25% in January 2019 as threatened but will wait 90 days to try to reach a more lasting entente.  The details of this agreement are far from clear, even down to when the 90 days start but there is some hope that there will be relief from the threatened tariffs.  If the new tariff rate of 25% does not come into effect, there will be a boost to both economies with ripples beyond the two countries.  If the tariffs are implemented in March or sometime shortly after that, there could still be some serious repercussions that we have outlined below.  Either outcome is possible at this point.

Increased tariffs imposed on US imports into China will not only affect the Chinese market but will raise prices of goods in the global market. Increased Chinese propane tariffs will make imported US feedstock propane uncompetitive and could create a shortage of propylene for the production of polypropylene, acrylics and other derivatives.

Even if this product comes from elsewhere, cost is likely to go up. The trade war between the two countries has had an impact on China’s currency valuation, making imports even more expensive. Freight rates from China to the US increased, reflecting low yuan values.

In the US, industry organizations like the American Chemistry Council (ACC) have voiced concerns that US manufacturers of finished goods would struggle to be competitive, if the cost of chemical raw materials and intermediates goes up as a result of higher duties on Chinese imports into the US.

“Increased tariffs imposed on US imports into China will not only affect the Chinese market but will raise prices of goods in the global market.”

There may be benefits to other manufacturing countries in Asia, mainly in exporting textiles and other finished goods to the US to the detriment of China but the details of these disruptions in trade patterns are not yet clear.

As of early November, there is no end in sight to this trade dispute, which is unlikely, ultimately, to be of benefit to the consumer in China or in the US, but which may help other smaller Asian economies break into new markets. In the short term, the global market will continue to be disrupted by changes necessitated in production and trade flows.

It will take a few years for these changes to be fully digested and integrated into the world economy and, in the meantime, trade will be disrupted and slowed. In the longer term, new trade patterns will emerge that will privilege smaller emerging Asian economies at the expense of China. Trade flows of chemicals will be indirectly impacted by these changes.

In the longer term, the volume of chemicals traded should not be reduced but the location of new capacities may be changed for the future. Decisions about where to build new petrochemical plants will be influenced by trade barriers.

For instance, on the polyethylene side, it may not make sense to bring up the kind of volume planned for the US and new locations may be found for some of this new capacity. In the short term, there will be disruption across the board. In the longer term, some winners and losers will emerge but not necessarily in the US or in China where the conflict originated.

As far as petrochemicals go, feedstocks are the first level of impact. Propane will likely be significantly affected. At the moment, 25.3% of Chinese imports of propane are from the US – 3.375 million tons out of a total of 13.352 million tons in 2017. Propane dehydrogenation (PDH) plants in China, the biggest downstream user of propane, currently enjoy good profits. If a 25% tariff is added to liquid propane imports from the US, those imports would probably stop. They might be replaced by material from other sources, relying on swaps, but dislocations and additional costs can be anticipated.

The UAE is the biggest source of imported propane for China, accounting for 33% of imports in 2017, and could possibly export more to China. However, the overall cost to China PDH units will increase. Chinese propylene prices have already run up to levels as high as Rmb10,000/ton, the highest price seen since October 2014.

As far as chemicals go, the first port of call is olefins and polyolefins, which are both indirectly or directly affected by the changes in duties.

US ethylene is rarely exported due to the constraining nature of its current infrastructure. There is currently only one facility than can export ethylene. It is operated by Mitsubishi and is not open to the market at large. As such, the impact of tariffs on US ethylene itself has not been seen directly.

But as ethylene is the main feedstock for many intermediate chemicals and polymers, the effect on those markets could potentially back up into ethylene, creating a noticeable supply overhang. A significant change in export volumes of polyethylene, MEG or styrene, for example, could contribute to a back-up of ethylene supply. So far, this has not yet been seen. Additionally, it is not yet known what conditions extend to some specific tariffs, such as if the commodity would be exempted if it is used for manufacture of a good that is shipped back to the US from China (onward processing relief).

“As far as petrochemicals go, feedstocks are the first level of impact. Propane will likely be significantly affected.”

As a result of record high polyethylene output, and a more challenging export market, US polyethylene prices have been in a long, slow decline since mid-year.

US propylene is occasionally exported to China, but like ethylene, it is much easier to export downstream commodities, such as polypropylene or acrylonitrile. Because propylene prices have been basically at parity between the US, Europe and Asia, there has been very little international movement.

The US regularly exports propylene to South America, but there is no regular export program to Asia. The most influential effect on US propylene from the tariffs would be with respect to propane. Propane export demand is a significant factor in the US supply balance, and a backup of product in the US could cause prices to drop, which would put pressure on propylene pricing, as well.

While polypropylene exports are not common from the US to Asia, if downstream products of chemical grade propylene such as intermediates and solvents were to see export ability stemmed, this backup could squeeze propylene as well, causing a possible slowdown of production and putting pressure on pricing.

On polyolefins, the US/China trade war comes at a bad time for the US polyethylene industry. Since 2016, North American producers have added 4.7 million metric tons of polyethylene capacity, and another 3.5 million tons is scheduled to come online before 2020. Much of this new production was intended to be exported, particularly to emerging markets, so the new tariff barriers in China are a serious problem for US-based producers.

About 14% of US polyethylene exports have been to China so far in 2018, but that percentage is expected to drop going forward. When China implemented the additional 25% tariffs on HDPE and LLDPE, it started a major realignment of trade flows. Uncertainty around possible tariff expansions is causing Chinese buyers to reject US offers, even though some grades like LDPE are not yet subject to higher tariffs. Meanwhile, US exporters are focusing more on alternate markets like Southeast Asia and Latin America, so competition is increasing in those markets.

As a result of record high polyethylene output, and a more challenging export market, US polyethylene prices have been in a long, slow decline since mid-year. LLDPE has seen the most downward pressure, because that is where most of the new capacity has been added, but there are signs that it has reached a price floor.

The US polypropylene industry is much less reliant on export business than polyethylene. In fact, North American polypropylene demand growth has outpaced capacity expansion in recent years, so the North American market is expected to remain balanced to tight in 2019. Imports of polypropylene resin and polypropylene -based finished goods to the US will be an important balancing factor going forward, but much of these goods come from places other than China, such as the Middle East or South Korea. US polypropylene prices are among the highest in the world currently, and prices are closely linked to the cost of propylene.

In the methanol market, a much less critical situation prevails. China is the world’s largest producer, consumer and importer of methanol. But the US is not a major or even significant player in this market. In 2017, China imported more than 8.1 million tons of methanol. Imports from the US accounted for about 1% of that total, or 79,000 tons. Therefore, the proposed 10% tariff on US imports would not seem disruptive. Having said this, similar to the situation seen on polyolefins, several new projects, with more than 10 million tpa of capacity, have been proposed in the US in recent years – specifically for export to China. New tariffs may make these unfeasible.

Another aspect of the trade wars is the sharp devaluation of the yuan, which has lost around 9% of its value against the US dollar since January 2018 and now sits at the lowest price seen in ten years; close to 7 per dollar. So far, the US has refrained from claiming outright that the China/US exchange rate is being manipulated by the Chinese government in order to make imports more expensive and exports more competitive but says the situation is being monitored by the US Treasury.

“Another aspect of the trade wars is the sharp devaluation of the yuan, which has lost around 9% of its value against the US dollar since January 2018” 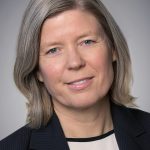