With the start of a new decade, marked by great change and renewed drive for regional development and progress, the Gulf Petrochemicals and Chemicals Association is excited to announce its plans to renew its strategy and develop the association’s roadmap to 2030, all aimed at fulfilling the association’s mandate to deliver value to its members, advocate for the industry’s best interests and ensure a tangible contribution by the association to the regional industry’s strategic objectives. 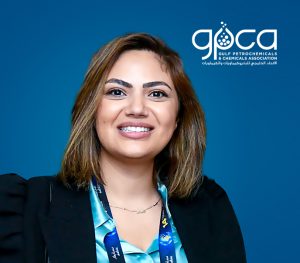 Since its launch in 2006, GPCA has cemented its position as a thought leader, a voice for the regional chemical industry and a catalyst for collaboration through the creation of an array of incontestable networking and knowledge-sharing platforms for some of the largest chemical players as well as small and medium size firms across the wider industry value chain.

Over the years, GPCA’s moto has remained unchanged: “Working for our members through our members”, and without a doubt, the association couldn’t have reached the influence and stature it enjoys today without the long-standing and unwavering support of its Board of Directors, Committees and Taskforces, alongside its key industry stakeholders, strategic partners and most importantly, its valued members.

As we enter a new decade, a critical time for the industry and the world at large, GPCA remains committed to staying ahead of the curve and championing the regional chemical industry’s contribution to the economy, while advocating for responsible practices designed to ensure a healthy future and attract the next generation to an industry that’s at the forefront of innovation, cutting-edge technology, environmental sustainability and unlimited opportunity.

But real change is never enacted in isolation and as part of our new vision to do more and perform better, GPCA continues to look forward to engaging our value chain partners, members and key stakeholders in the Arabian Gulf region and across the globe to take part in shaping this new direction, and drive renewed levels of collaboration in our public outreach and advocacy work.

In the pursuit of this renewed vision, GPCA is pleased to announce the appointment of Dima Horani as an Executive Advisor to the association effective 12 January 2020. In her new role, Horani will be working closely with GPCA’s Secretary General and Board of Directors to formulate the overall strategic direction of the association and develop the next 10-year plan, coined as the “2030 GPCA Road Map”.

Horani has been part of the GPCA’s Secretariat since 2010. During this time, she’s led strategic projects and initiatives and has been instrumental in creating compelling messages that build reputation, engage with multiple stakeholders and deliver complex awareness campaigns.

Please join us in welcoming Dima to her new role and starting a new chapter for another successful journey into 2030 and beyond.